This year I’ve sort of forgot to bring my camera, yes I know, that’s really, really bad.
(Note to self, make a small bag for carrying camera and/ or mobile phone)
And then there was the thing with me actually participating in the battles as an archer 😀

Anyhow, I manage to take a few photos, so here goes nothing.

Started our trip to the fair island a bit early

Some sewing with lovely Anna before the week started. 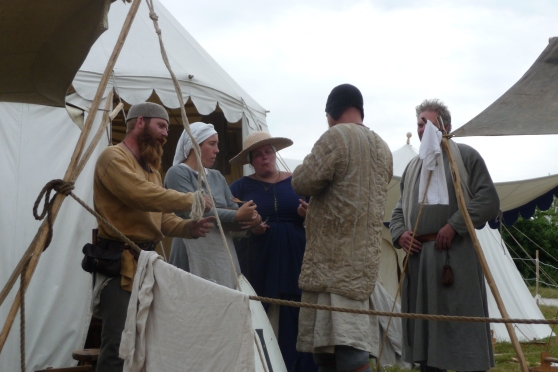 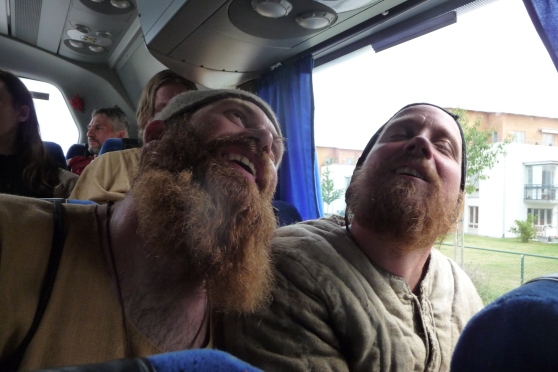 Olof and Rasmus preparing for battle in their own special way 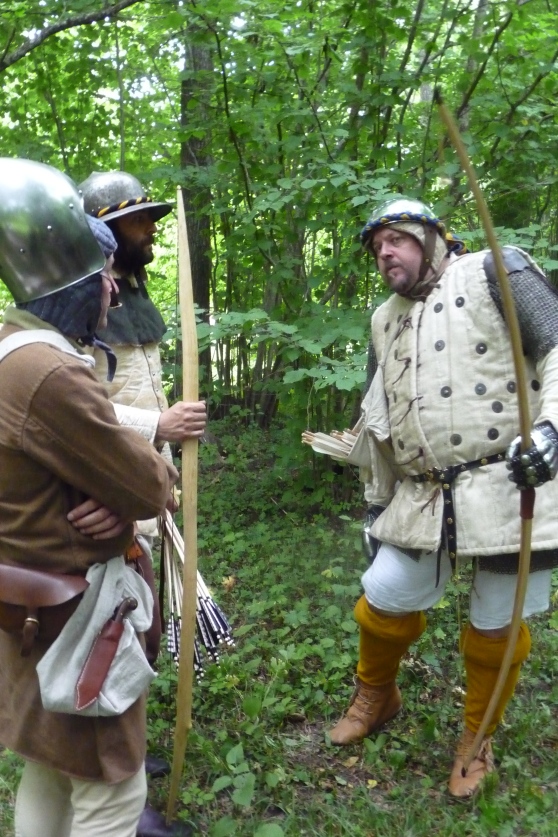 Me in a really big helmet 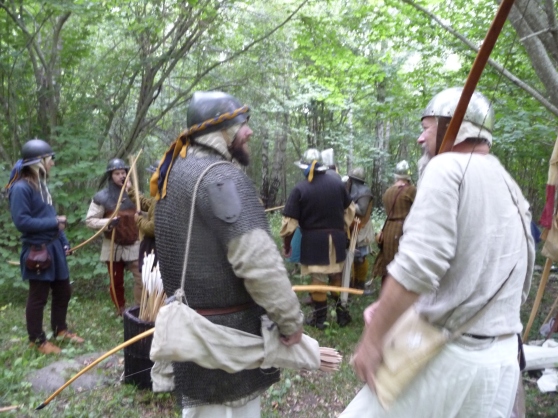 Rickard, or as he wrote on facebook, the Return of the flesh eating flower hippies!

Well unfortunately all good things must come to an end, and so did this week.
Wisby, BoW, lovely friends new and old, I miss you already.

I have done a couple of changes, so from now on I will publish my ranting’s about sci-fi and the works in my other blog instead of here; same posts, same old me, to be honest it look almost the same, just a new web address: The road so far…

This blog in it’s new shape is under construction, this time around it will be all about my travels, adventures and reenacment events.

On a bit chilly but lovely spring day me and my friend went to the woods with our bows and arrows!
This time around it was just a friendly tournament with different kinds of targets, long distance, short distance, moving target, high, low and in the end a green creature trying to hide in the forest 🙂

As always we had lots of fun, looking forward to the next time! 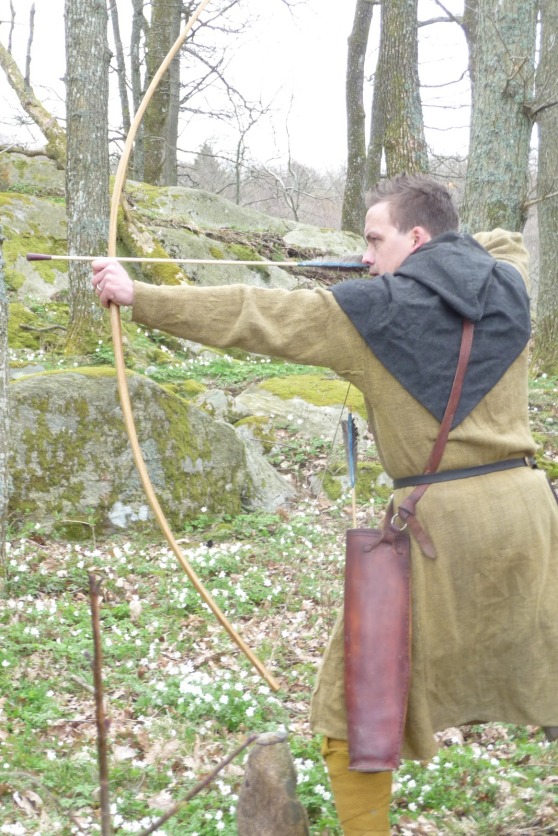 Gervide, Sojvide
Reconstructed houses from the Iron Age and nearby a landscape filed with lots of burial grounds.

After Battle of Wisby  we spent some days roaming the countryside of Gotland, looking at churches from the 11-12th century, exploring the remnants of farmhouses from both prehistoric  as well as medieval times, following historic trails and seeing breathtaking landscape.

Grogarnsberget
On this mountain there is a hill fort, which is the second largest one on Gotland. It is believed it was built at the later part of the Iron Age 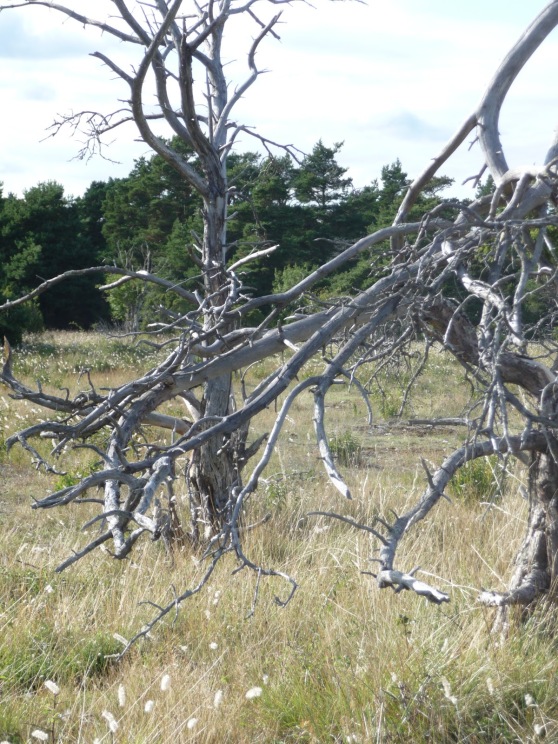 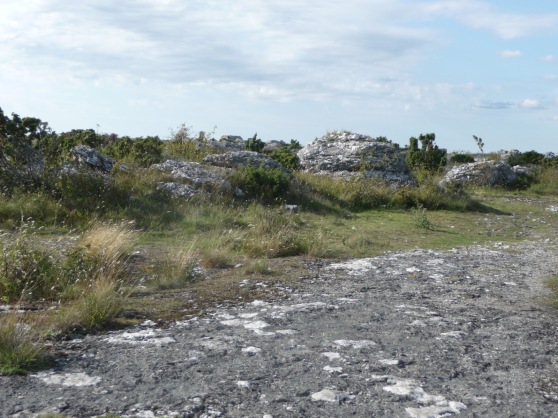 But when I saw this in a distant, it didn’t quite add up to be from the Iron Age 😉 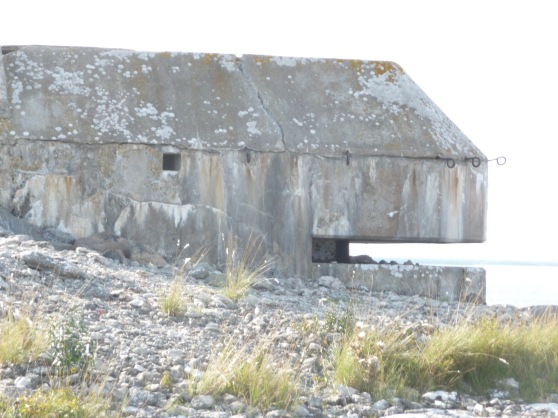 It turned out to be something completely different, but then again it’s still history, right…

It’s been written in some annals that more than 1800 peasants died outside the ring wall tying to fight of the Danish king and his army.
To honour all the brave souls that lost their life here at this very spot and in an attempt to illustrate how the battle could have look like, reenactors from all of Europe have gathered this year to show their interpretation of this battle.

For more info of the event, Battle of Wisby 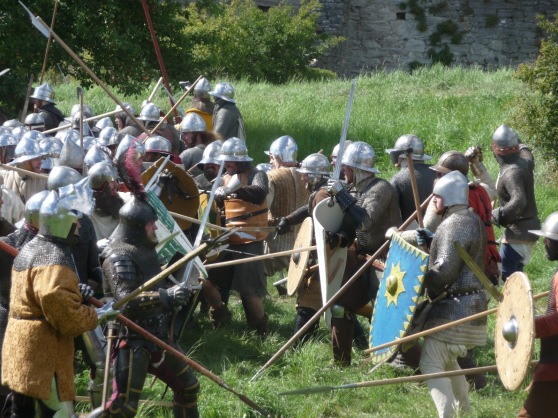 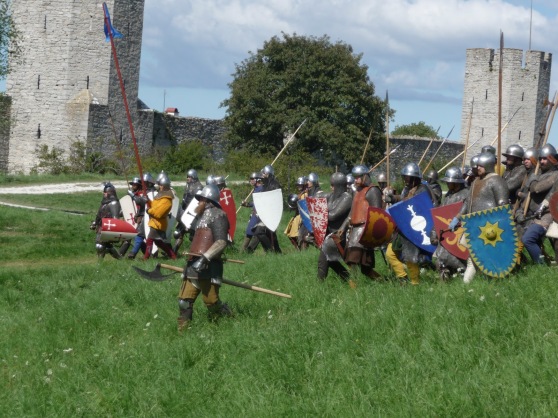 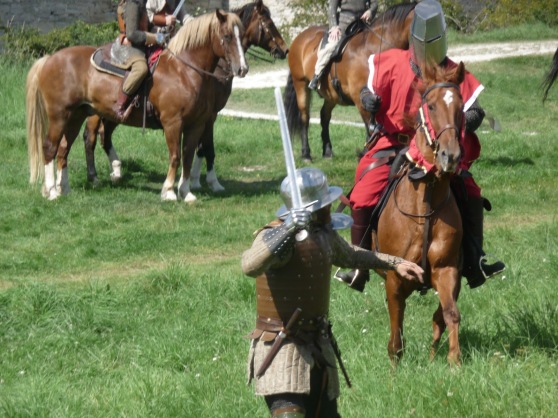 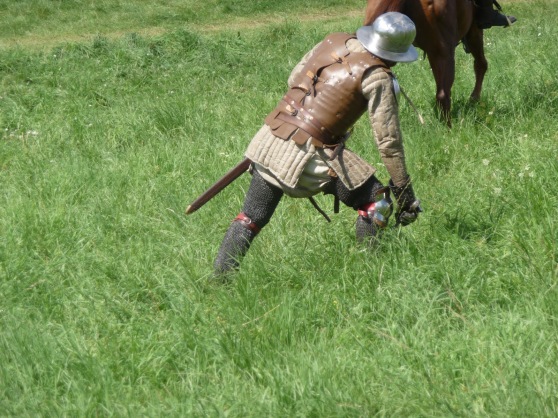 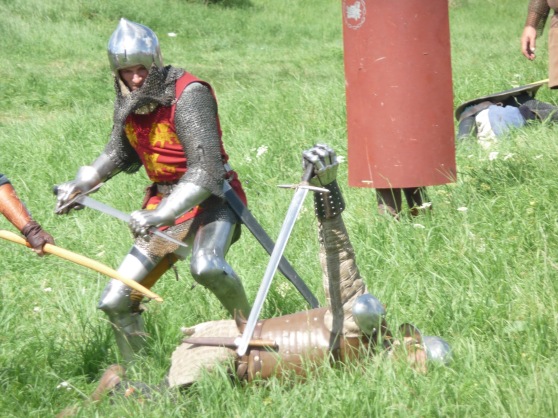 In the year of our lord 1361 the Danish king Valdemar Atterdag, with his army consisting of knights and professional soldiers invaded Gotland and the brave peasants of the island tried to resist but in the end they failed, resulting in thousands of lives lost.

The project Battle of Wisby aims to honour all those who lost their life by reenacting the battles, one at Mästerby and the other that took place outside the city wall all those years ago. 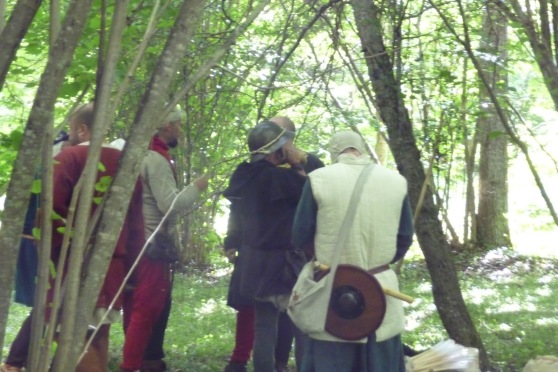 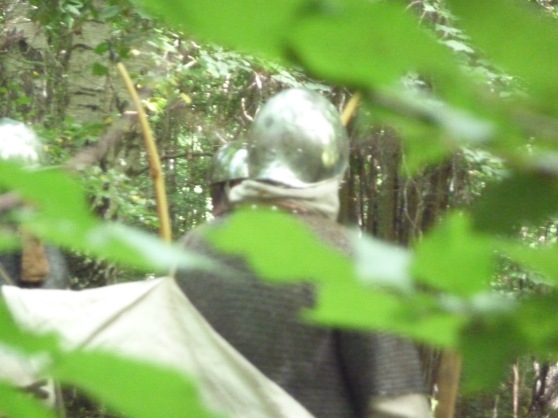 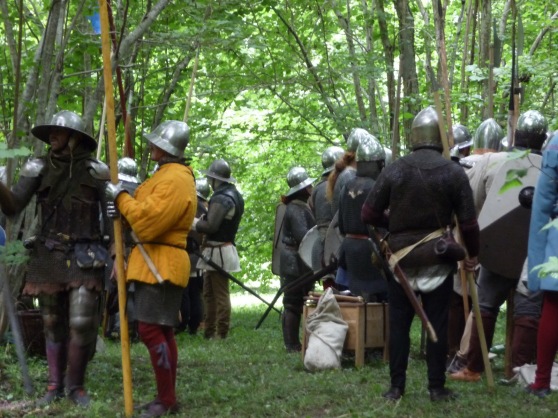 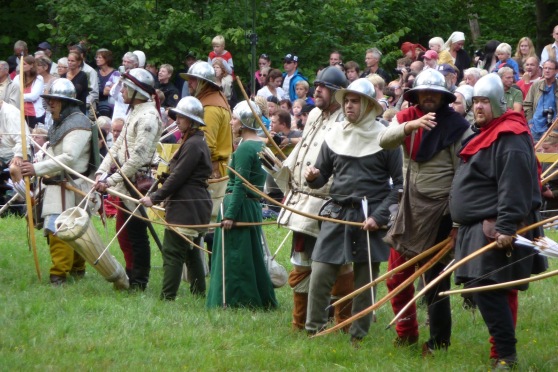 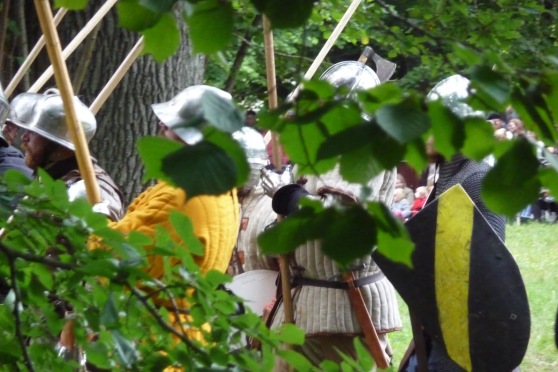 For more information about this event:
The battle of Mästerby

I’ve been visiting this beautiful city for years now, but I still remember the first time.

First day, arrived late from the mainland, the sun was setting, down by the promenade, in the shadow of the old ring wall, met a bunch of new friends, girls were dancing on the beach, someone playing an instrument in the far distant, and just a hint of late summer hanging in the air. It was then I realised I was suppose to meet up a friend at Kapitelhusgården and I had no idea how to get there in the dark. But meet a nice knight who escorted me trough all those narrow and winding medieval streets, that seemed at the time, always end up in the opposite direction to were you was supposed to go. It was one of those moments that always will stay with you. And from Wisby there are pleny of moments and fond memories like this.

I’ve always loved old places, even as a child I’d love to see old churches and walk around the cemetery reading on tombstone (and yes, it started that early in life : )
Wisby is just one of those places were you can feel, almost touch the past. Maybe that is why I’m returning year after year, the feeling of being so close to a different time. And of course when you wearing historical clothing it is almost like you were there, almost. In the end isn’t that what we all (reenactors and history nerds) strive for, the feeling of being there and then.

Or maybe it’s just all about having fun, you decide… 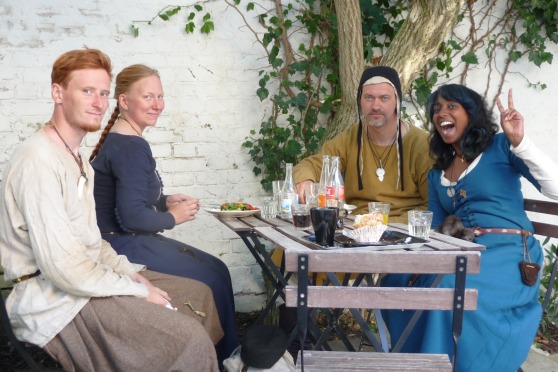 It was a beautiful day in the beginning of august that we bright and early started our journey taking us from beautiful Gothenburg and the year 2011 all the way back to the year 1361 and to the island of the roses.

After a long trip over land and over the sea, we finally realised that we have arrived.

No rest for the wicked, time to set up camp. 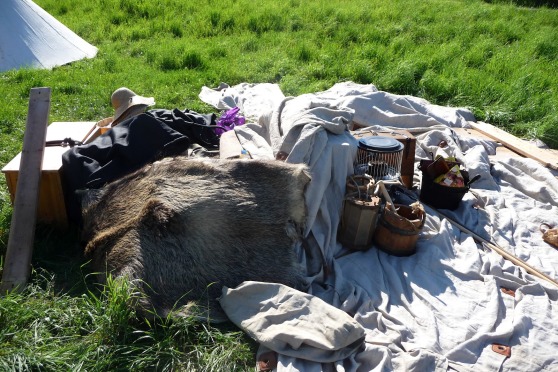 It was a bit windy 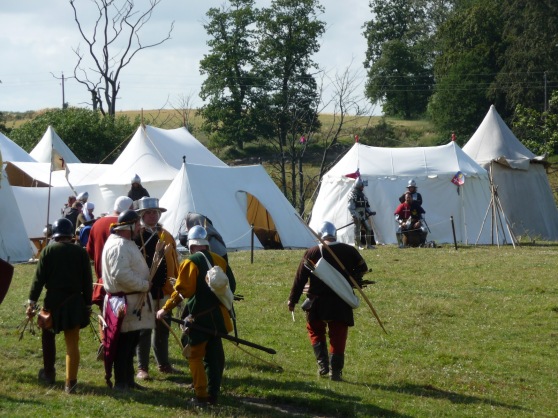 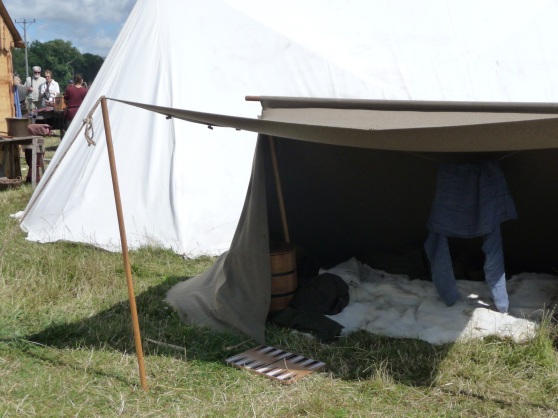 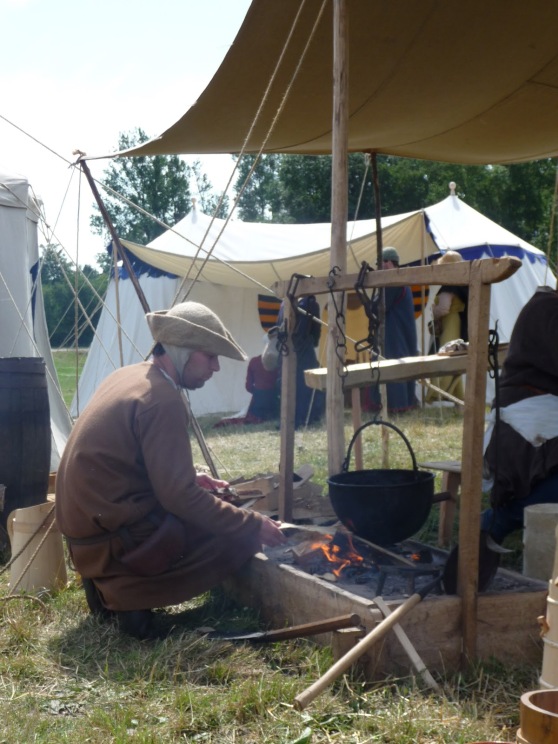 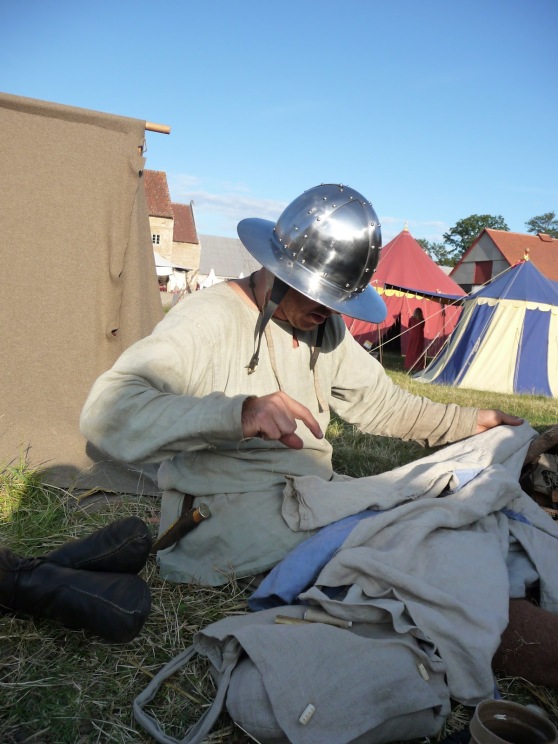 morning mass with the Teutonic Knights